Fly stitch is also called as a "Y" stitch. It is formed by a simple "V" shaped loop held down by a straight stitch which gives an appearance as"Y"

Let us see how to work this stitch:

knot the thread and bring the needle at "A", go down at "B" and come up at "c" as shown having the working thread under the needle.
Now take the needle down at "D" to form a "Y" shape. 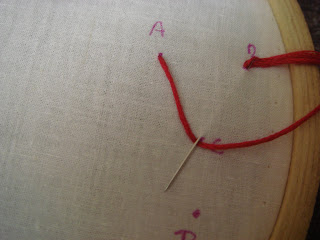 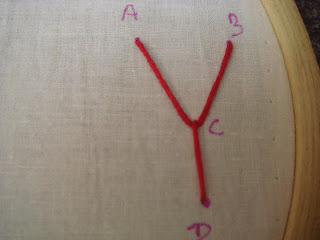 A very simple and an easy stitch.


Fly stitch can be worked both horizontally or vertically. 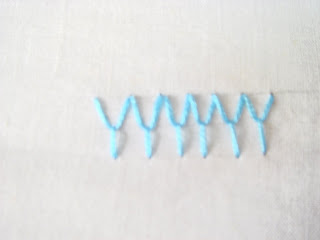 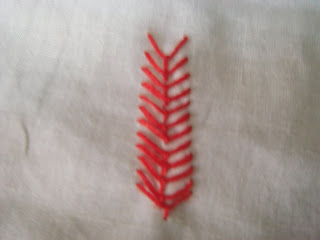 There are many variations of Fly stitch namely
1. PLAITED FLY 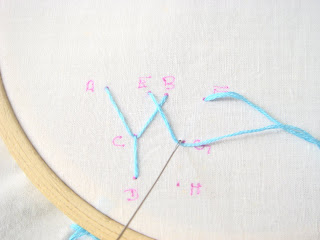 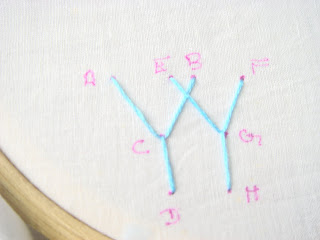 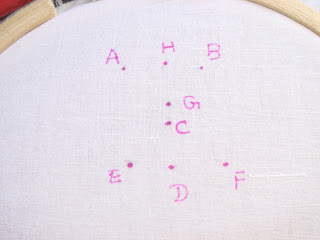 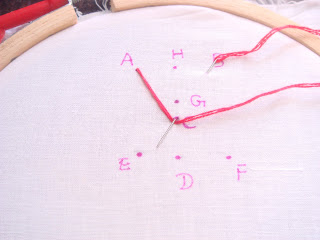 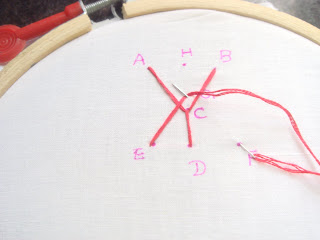 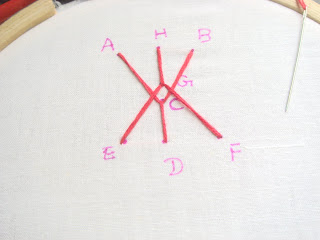 For the reversed fly , work the first fly stitch as earlier now after tying down at "D" come up at "E", go down at "F', and up at "G" again and tie down this stitch at "H". A series of such stitches can form a nice pattern

3. TWISTED FLY
This is a variation of the fly stitch where the variation is only in the last straight stitch: 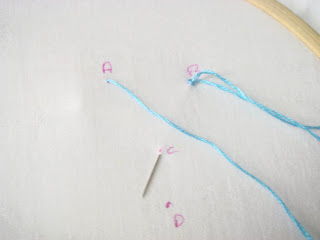 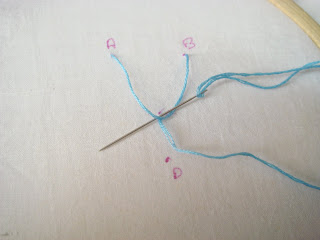 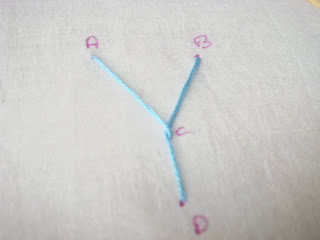 Bring the needle up at "A", go down at "B" forming a loop. Keep the loop above the needle.now take the needle and pull the thread the loop and anchor the thread as earlier
4. CLOSED FLY
When the fly stitches are packed closely they form closed fly, can be used in the formation of leaves 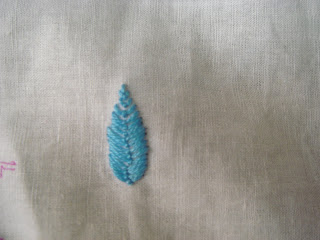 I have used the fly stitch as a "V" stitch here 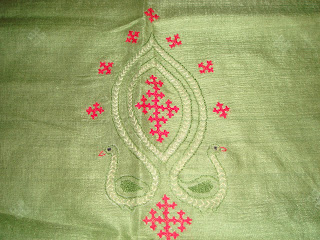 Lyn from Bluebird Quilts is planning to make a quilt using 9 patch blocks for her friend Illene and her daughter who are going through a tough time due to ill health and she is trying to put together the quilt patches with the support of caring fellow bloggers.If you want to participate by making a patch or just blogging about it please visit LYN 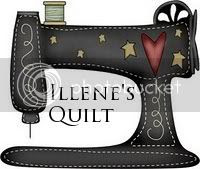 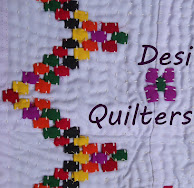 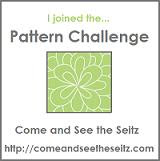